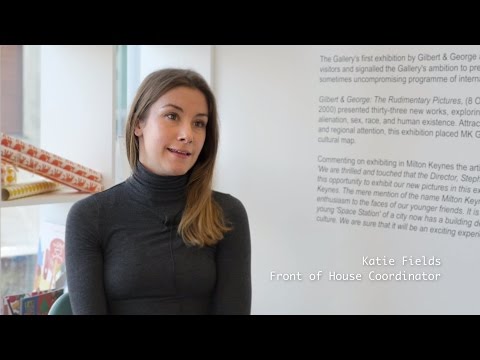 Guests at the preview of Andy Warhol, Cars, 2001

Flashback is an onsite and online display providing an opportunity to consider the wealth of international art that MK Gallery has brought to Milton Keynes to date, while the gallery undergoes a major renovation and expansion.

Between now and March 2017, Flashback will present material relating to some of the world’s leading contemporary artists, from Andy Warhol and James Lee Byars to the radical Italian ‘Arte Povera’ artists Guiseppe Penone and Gilberto Zorio. Also featured will be numerous emerging artists, some of whom were subsequently nominated for the Turner Prize award, including Phil Collins, Roger Hiorns and Cathy Wilkes, as well as some of the best artists from Milton Keynes.

Successive monthly displays will each review a calendar year of exhibitions concluding with 2015. This will provide an opportunity to remind ourselves of the endlessly diverse ways in which artists investigate the world, exploring their interests, ideas and issues, through painting, drawing, sculpture, photography, film, video, performance, dance, spoken word and installation art.

Some of the more unexpected exhibits to have appeared in MK Gallery over the years include a black London taxi cab, a white hearse containing a coffin made of cigarettes, a VW camper van, a mobile bar, recreations of an artist’s sitting room, a 1970s tv studio, and a Google office environment, a giant drawing made from acacia thorns, massively scaled red plastic fingernails, a pyramid of every African nation’s flag, and installations that are only completed by the visitor playing the grand piano or full drum kit provided.

Speaking of the Flashback project Claire Corrin, MK Gallery’s Exhibition Organiser said: “We’ve had an exciting time rummaging through the archive and selecting the most interesting material. There will be plenty to interest people, from photography to press coverage and print (posters, adverts, and catalogues).There will also be screenings of filmed talks and events, including interviews with artists and curators. We’d love people to share their memories or any exhibition ephemera that they might find for use in the Flashback website so that we can provide a more comprehensive survey of the gallery’s history.”