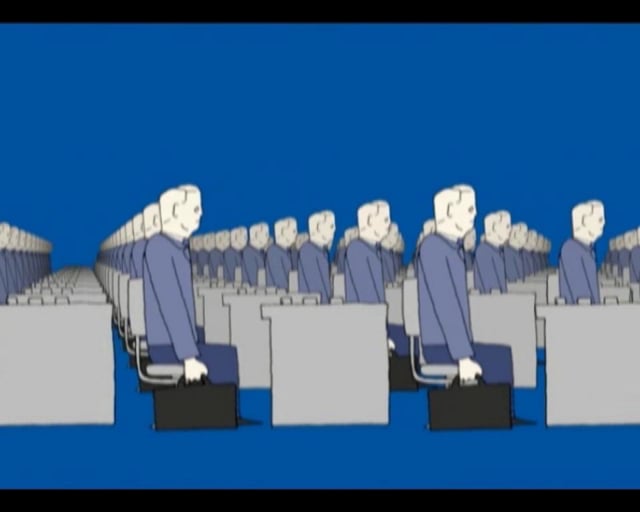 Hariton Pushwagner, Almost There. From A Day in the Life of Family Man, 1980. Image courtesy and copyright the artist.

Hariton Pushwagner, Music II. From A Day in the Life of Family Man, 1980. Image courtesy and copyright the artist.

This is the first solo exhibition outside of Norway by artist Pushwagner (born Oslo, 1940), bringing together drawings, paintings and prints made over the last forty years. His visionary practice resonates with the glamour of Pop Art, the language of science fiction, the anti-materialism of the Beat poets and the hallucinations of Vincent Van Gogh.

The exhibition includes his defining creation, the graphic novel ‘Soft City’, which encapsulates a generation’s disenchantment with capitalism and life in the modern city. It also includes a series of prints that depict the trappings of power, featuring one of the principal characters in Pushwagner’s mythology: ‘The Boss’. This omnipotent bureaucrat sits behind a massive desk of levers and switches and controls the world via a giant screen. In the Long Gallery, the Apocalypse Frieze comprises obsessively detailed paintings where factories double up as death camps and the ravages of war are perpetuated under the watchful eye of robotic men in suits.

Pushwagner’s epic satire exaggerates and ridicules the symbols of capitalism, war, industry and leisure. This critique of power and greed, most dramatically expressed through the giant mouth on the Gallery’s façade, takes on a particular resonance in the context of today’s financial crises.