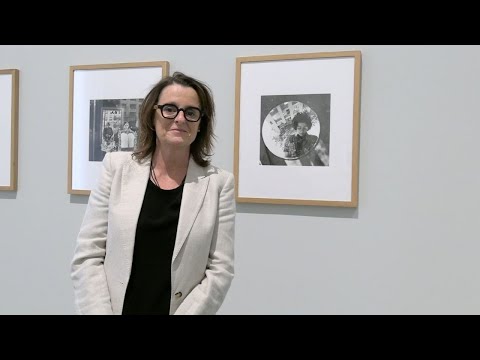 “The extraordinary life story of the nanny who was secretly a street photographer can overshadow her groundbreaking images – but at the first UK show of her work they take spectacular centre stage” ★★★★★ Sean O’Hagan, The Observer

“This compelling show reveals an exceptional and unconventional mind“ – Hettie Judah, The i

Vivian Maier (1926-2009) has only recently been revealed as one of the most significant photographers of the 20th century. She was a professional nanny in New York and Chicago for over 40 years but took hundreds of thousands of photographs, which were found when her belongings went to auction in 2007.

From carefree children and glamorous housewives to the homeless and destitute, Maier’s portraits capture the highs and lows of everyday life. Street scenes with shop fronts, arcades and aerial shots use shadows and reflections to capture the improvised moments that make up a community. Smouldering furniture, abandoned toys, tangles of electric cables all set the scene as families, workers and commuters go about their daily business.

Maier presents a view of America that is as eclectic as it is intimate and piercing. Her craft and vision far surpassed that of any part-time hobbyist and although considered reclusive, she produced many experimental self-portraits. As with all her work, these images are infused with the wit, humour and deep sense of humanity that has attracted a cult following since Maier’s emergence after the Oscar-nominated documentary Finding Vivian Maier (2013).

The exhibition at MK Gallery features over 140 black and white and colour photographs, as well as film and audio which reveal the breadth of Maier’s work and her fascination for observing and recording everyday life.

Curated by Anne Morin and produced by diChroma Photography

Read: 'Seeing Vivian Maier' Read: 'What we see is what we are' Audio recording transcript Accessible Exhibition Guide